Franz Schottky is Chief Conductor and Artistic Director of the Munich Kammerphilharmonie dacapo, which he has founded in 2000. With its own full-season subscription concerts series in the Herkules Hall the orchestra has secured a big core audience and a permanent place in the rich cultural life of Bavaria’s state capital and has also become a popular guest orchestra in Germany and abroad. Since 2020 the Kammerphilharmonie has been producing concert streams which are highly appreciated by a growing international audience online.

Many popular international soloists such as Natalia Gutman, Anna Tifu and Thomas Albertus Irnberger appreciate Schottky as a very flexible and sensitive accompanist. This is also due to Schottky's special conducting technique which he has learned from his teacher Sergiu Celibidache, former musical director of the Munich Philharmonic orchestra. 1991- at the age of 20 - Schottky entered his conducting class and became one of his last and closest students until Celibidache's death in 1996. The teaching included the so called Musical Phenomenology, Celibidache's own music philosophy, which Schottky nowadays passes on as a guest lecturer (most recently at the Shanghai University and the Prague Conservatory).

After his studies, Schottky gained experience as an opera, choral and orchestra conductor. He appeared in numerous concerts and led concert tours in Germany and abroad. As assistant, répétiteur and orchestra pianist he worked for the Heidenheim Opera Festival and the Munich opera production Schulamit, amongst others. He attended master classes with conductors such as Roman Kofman and Joerg Bierhance. Since 2014, Schottky is member of the jury of the Verona International Piano Competition. In 2019 Schottky has given his USA debut with Brahms's 2nd Symphony.

For the near future concerts as guest conductor in Budapest, Mantova and Mexico City are planned as well as a tour with the Munich Kammerphilharmonie dacapo to Austria including concerts in Salzburg and Vienna.

"Stunning joyfulness and deep devotion to the compositions make Franz Schottky be one of the great conductors of our time. In his conducting Franz Schottky showed us the true art of making music and stimulated his musicians to the maximum."
Passauer Neue Presse
"This Schumann interpretation is gorgeous!"
Süddeutsche Zeitung
"Celibidache would have liked it!"
Münchner Merkur
"This concert bestowed magic moments on the audience."

Il Quotidiano del Sud (Reggio Calabria)
"Schottky - who conducted Shostakovich's 1st symphony by heart - immersed himself highly accurately and at the same time in a relaxed manner in the polymorphic score. All sections of the Orchestra dell'Arena di Verona corresponded very very well to Schottky's fresh style. Intense applause in the end, and Schottky was called back to the stage again and again."
l‘Arena (Verona)
"Thank you for this hour of musical glory!"
The New Listener (München)
"Having completely assimilated the spirit of these compositions, Schottky achieved a completely clear and incisive performance of these pieces."
La Gazzetta del Mezzogiorno (Bari)

"Maestro Franz Schottky is an outstanding musician and excellent accompanist. Our concerts with his Münchner Kammerphilharmonie dacapo have always been a very enjoyable experience. I wish him and his orchestra all the very best for a long and successful career."
Natalia Gutman - Cellist
"One cannot imagine Munich's musical life without Franz Schottky, a star student of Sergiu Celibidache and a tireless fighter for the cause of music. I had the great pleasure to work with him a number of times, and I really admire and esteem his serious and immensely musical approach: not only the notes in a score, but even the spaces between the notes are transformed into music. I wish him every success on what surely is a truly remarkable artistic journey!"
Moritz Eggert - Composer
"I have rarely seen conductors who lead their orchestra with such a precise and at the same time unobstrusive beating technique. No gestures of vanity whatsoever, nothing superfluous at all, though everything is imbued by descreet elegance. His body language always knows how to communicate tension, poetry, rhythm, crescendos and decrescendos - as if there existed no easier job. Franz Schottky is a natural talent you will only extremely rarely find even amongst the famous travellers of the world. Such abilities you can't learn - they are innate."
Franz Hummel - Composer
"I had an opportunity to work with Franz at a masterclass at the Prague Conservatory. Based on that experience I must say that conductor Franz Schottky is an autstanding musician and artist with remarkable conducting technique. His concerts are an extraordinary experience. Especially notable is brass instruments harmony. I feel his professional future is bright. Franz would bring a wealth of knowledge and skills to any orchestra."
Karel Dolezal - Professor of the Prague Conservatory
"With the greatest pleasure I made music together with the conductor Franz Schottky on the stage of the Hercules Hall. It was so much fun to rediscover Haydn's D major cello concerto in such an exiting artistic and at the same time in such a pleasant human atmosphere!"

Jiří Bárta - Cellist
"I had the distinct pleasure of working together with Maestro Franz Schottky and his chamber orchestra Münchner Kammerphilharmonie dacapo. Maestro Schottky is a very professional artist of great musical format. For this partnership, I would like to sincerely thank and to congratulate him: not only for his conducting abilities but also for his outstanding work with his orchestra Münchner Kammerphilharmonie dacapo which he has founded and now leads with such a competence and wisdom which only very few conductors can do."
Pasquale Iannone - Pianist
"I sincerely welcome the opportunity to write a letter of appreciation for Maestro Franz Schottky, who took part in the International Festival of Classical Music "Mariinskie Assamblei" in Kursk ( Russia) as a guest conductor. Throughout the whole project Mr. Schottky demonstrated the highest professionalism, unique understanding of musical performance and ability to quickly immerse himself into a new team. Maestro Schottky delivered perfect conducting of high international level at all times; his presence was a vital component to the success of the above mentioned event."
Sergey Proskurin - trumpet virtuoso, chief conductor of the Kursk Chamber Orchestra 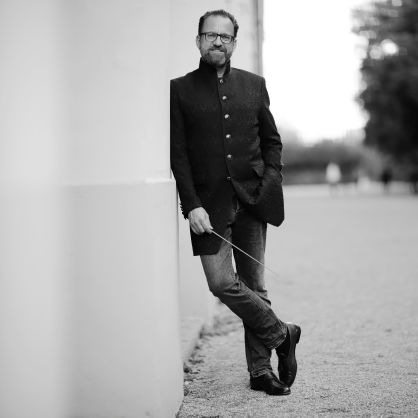 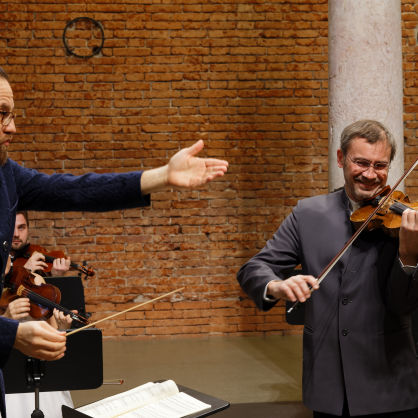 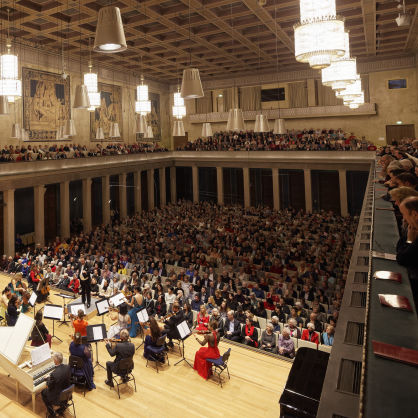 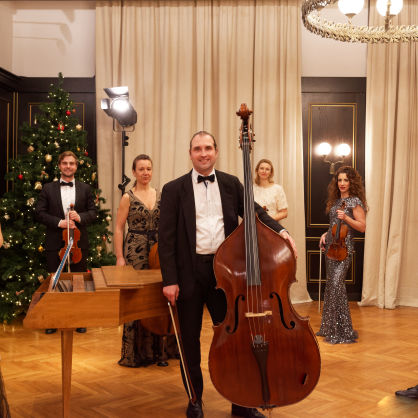 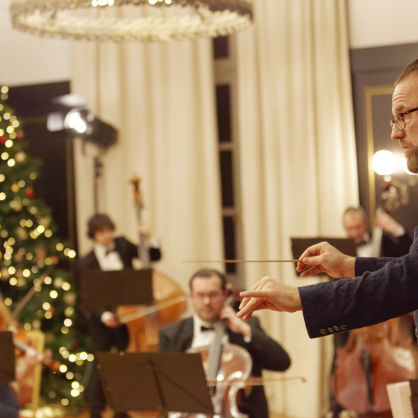 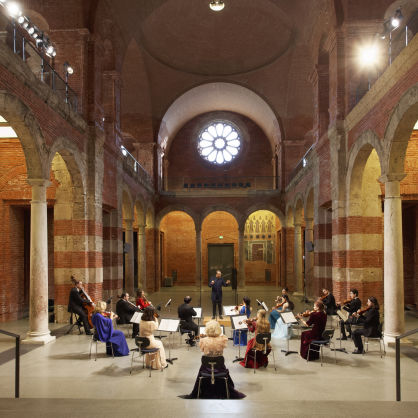 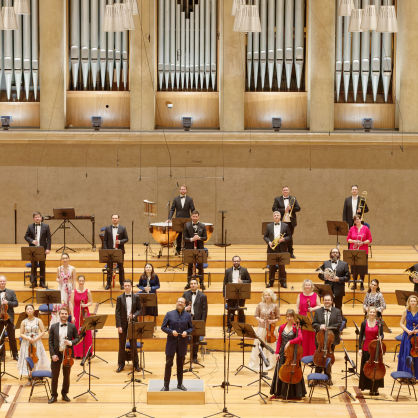 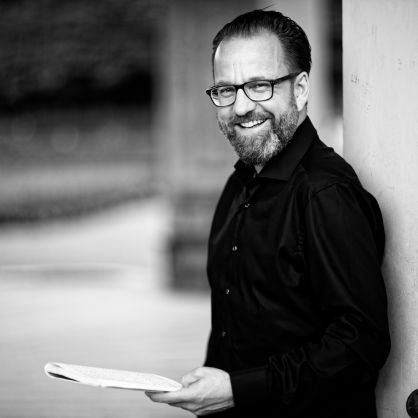 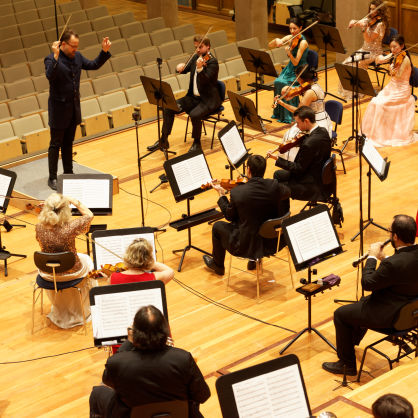 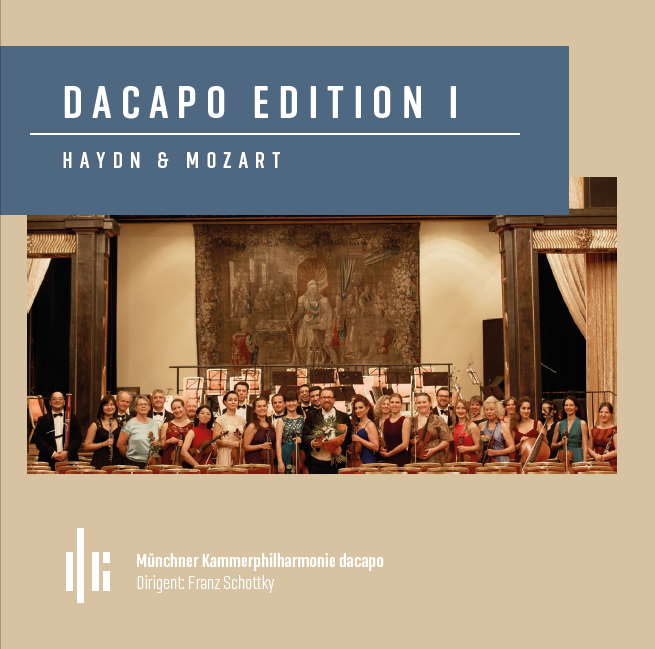